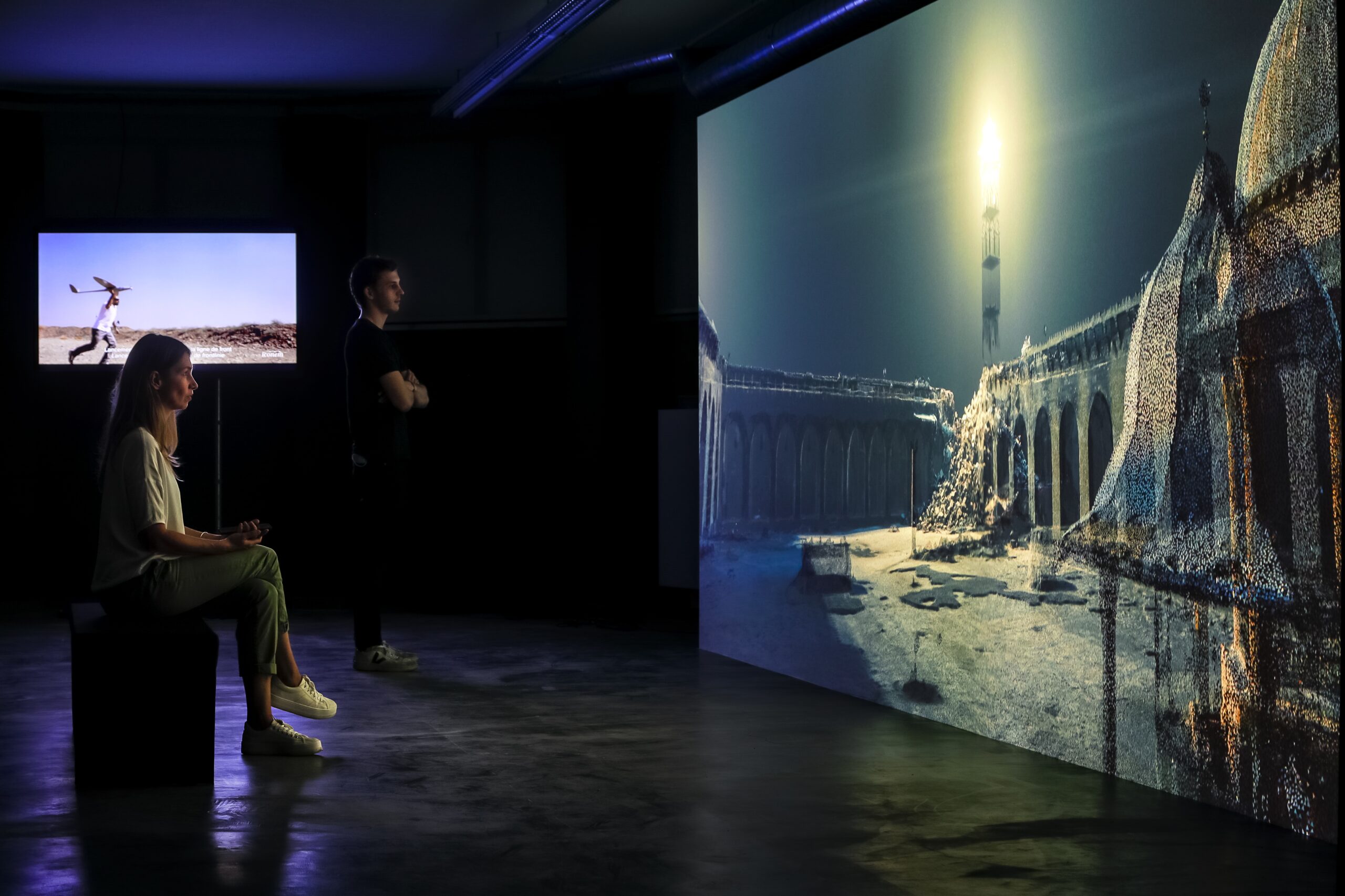 he Boghossian Foundation hosts an immersive and exclusively digital exhibition dedicated to Aleppo, the multi-millennial city.

From 2012 to 2016, the battles of the Syrian civil war ravaged the city of Aleppo. Bombardments and fighting on the ground took a heavy toll on the civilian population, but also on the material heritage. It is estimated that several hundred historic buildings were damaged or destroyed. Even today it is difficult to quantify what was lost in the destruction and what can be salvaged.

Thanks to several field missions in January and April 2017, Iconem’s teams, specialized in the digitization of endangered heritage, managed to establish 3D models of several major monuments in the Old City of Aleppo. This work, in addition to virtually safeguarding this heritage and enabling remote analysis, makes the martyred remains of Syrian architecture accessible to the general public.

Immersed in a slow stroll through the 3D models of Aleppo’s main monuments, the visitor is confronted in turn with the harshness of the damage inflicted on the historic heart of the city and the beauty of the remains of these monuments.